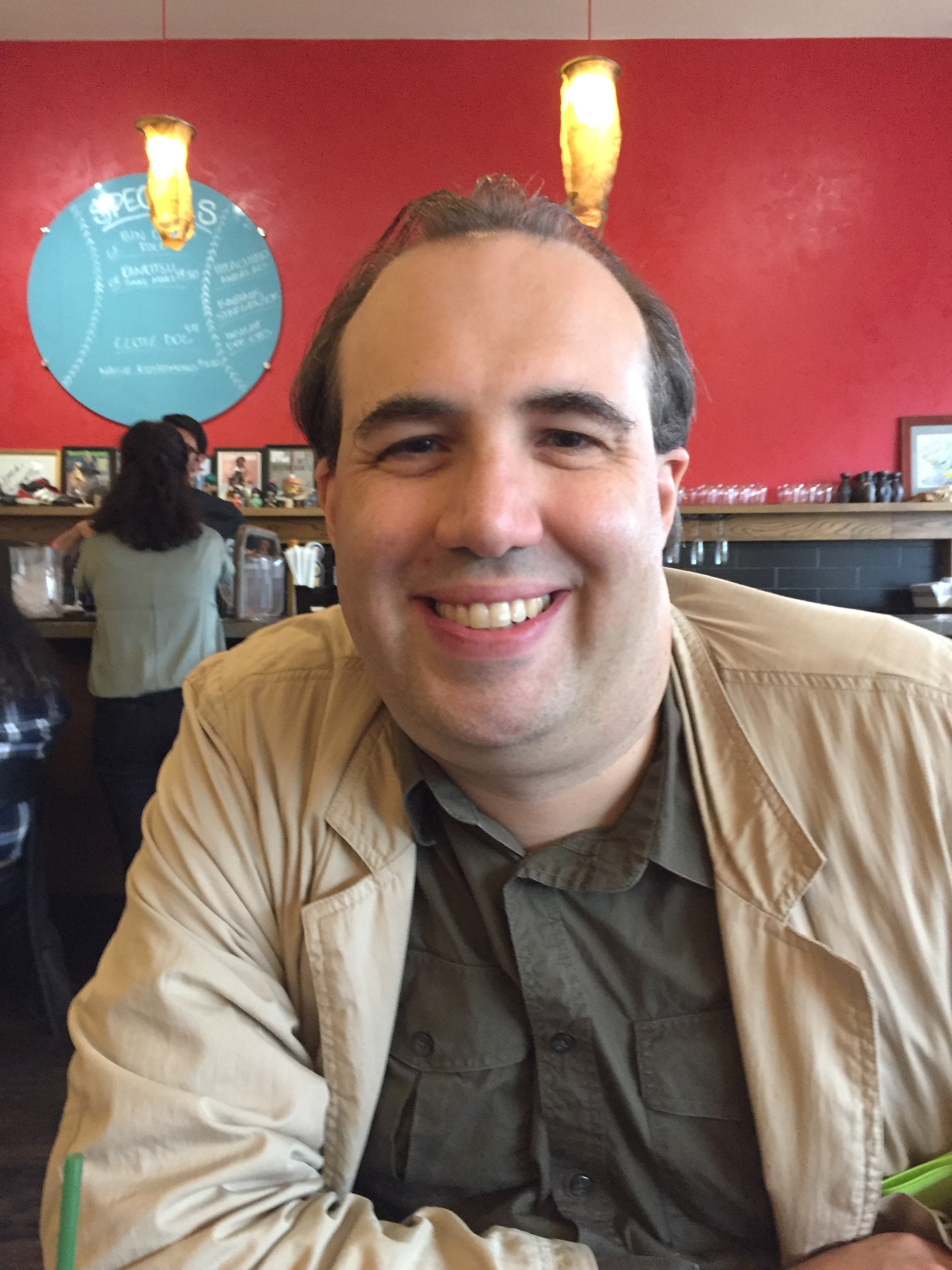 0While there are some really good horror films being made today, the old Universal Classics still 1seem to be in a league of their own. Maybe it’s because of the presence of actors like Boris Karloff or Lon Chaney Jr., or just because of the noir-like ambiance only black-and-white movies can deliver. Whatever the reason, the names of Dracula, Frankenstein, the Wolfman and the Phantom of the Opera still loom large in our collective memory.

In addition to being scary, though, the Universal monsters also taught us a lot about finances in their films. Things like… 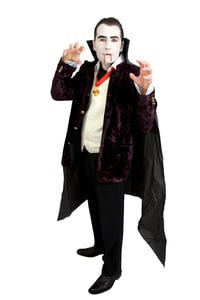 When people usually think of the Universal monsters, they almost always think of Dracula as the leader of the monsters, and with good reason. In addition to having all the powers of a vampire, he’s also got several traits that are impressive in normal humans, including charisma, intelligence...and wealth. Dracula isn’t just rich enough to own his own castle in Transylvania—he’s also rich enough to buy multiple houses in London, as well as hire lawyers to make the purchases on his behalf.

The novels don’t really mention where Dracula gets his wealth, but the mostly likely explanation is that as a centuries-old vampire, he’s had plenty of time to capitalize on long-term investments on a scale that’s impossible for ordinary humans.

While you might not be able to reap the benefits of an investment you started back in the 1600s, you can still take advantage of long-term investments and harness the power of compound interest. You might want to start by regularly depositing money to your employer’s retirement program, but you can also open up a certificate of deposit (CD), or even open up a traditional or Roth IRA.

Let’s be fair—Victor Frankenstein had some noble goals, and he was a brilliant scientist. However, he was a terrible businessman. When you’ve essentially proven you can bring someone back from the dead without them being a supernatural monster and peoples’ response is to chase it with torches and pitchforks, you know you’ve done something wrong.

Small businesses everywhere can take a lesson from Dr. Frankenstein’s mistakes and actually write a business plan before going all-in with their new business idea.

For instance, you can do some market research to see what people’s views are on reviving the dead, or whatever your product or service is. Talk about how you’ll present your new business to the public in a way that doesn’t leave them wanting to grab their torches and pitchforks. Above all, get some funding for your business idea so you don’t have to try to get the materials you need in the middle of the night.

Invisible Man: Know When to Ask for Help

The Invisible Man, in addition to being kind of a jerk, is also a tragic figure. Not only is he stuck being invisible, he’s also too arrogant to ask other scientists for help in trying to cure his condition.

While most people won’t have to deal with trying to reverse the effects of a science experiment, a lot of people don’t ask for help even when they need it. There are a lot of reasons for this.

Sometimes, they’re afraid that people will make fun of them if they admit they can’t handle a problem on their own, or even think they’re completely incompetent. Other times, they might be afraid of the answer. Asking a doctor for help might mean you learn you have a serious—and costly—medical condition, while asking a financial advisor for help might show you how bad your financial situation really is.

When you ask for help, though, you’re giving yourself the opportunity to move forward. If you’ve got a problem that you can’t figure out how to solve on your own, asking for help will give you the information and resources you need to move on. This is true in almost every situation, up to and including asking a financial advisor for help.

Phantom of the Opera: Work Towards Your Goals

No one can accuse the Phantom of the Opera of being unmotivated. Once he sees Christine performing, he decides that he will make her the star of the opera. To that end, he tutors her in secret and even threatens the owners of the opera to replace the current star of the opera with Christine.

Admittedly, the Phantom of the Opera is not exactly a role model. Still, you could do worse than follow his example when it comes to setting goals. The Phantom’s goals are quite specific, he can measure the progress he’s made, his goals are attainable and realistic, and he even has a timeline when he wants to succeed. In other words, he’s setting S.M.A.R.T. goals and sticking to them.

While S.M.A.R.T. goals may not be the greatest way to pursue a relationship, they’re great for many other goals, including financial goals. You can even use the free downloadable S.M.A.R.T. Goals packet First Alliance offers to help you reach your goals. 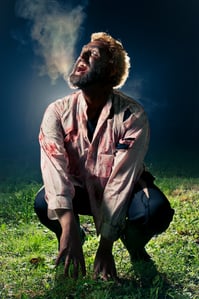 Everyone knows the story of the Wolfman, cursed to become a werewolf and ravage the countryside during the full moon. While this is definitely not an ideal situation, the biggest tragedy is that the Wolfman doesn’t use the time that he’s a human to plan ahead for when he changes.

Unfortunately, the Wolfman’s behavior isn’t uncommon. A lot of us don’t plan for life events, even when we know they’re coming. As a result, we stress out about how we’ll be able to afford things like car repairs, Christmas shopping, vacations or even medical emergencies.

Fortunately, it’s not hard to prepare for financial emergencies or life events. You can start by putting a percentage of each paycheck into an emergency fund. While financial experts recommend having at least three months of salary saved up, you should know that once you have $2,000 in your account you’ll be able to cover most financial emergencies.

It’s also not hard to prepare for major expenses if you know they’re coming. For instance, if you’re worried about how you’ll be able to afford buying Christmas presents, you can estimate how much you’ll spend, divide it among the number of paychecks you’ll receive before then, and try to save that amount each paycheck. Even if you can only save a fraction of that amount, it will lessen the strain to your wallet when you go out shopping for the holidays.

The Mummy: Don’t Obsess Over the Person you Think is the Reincarnation of Your True Love

While the Universal monsters aren’t creatures you’d like to meet in a dark alley, or honestly anywhere else, their movies contain some valuable financial lessons that will give your finances a big boost.

If you want to put those financial lessons into action, become a member of First Alliance Credit Union today. You can start investing your money by putting it in a CD, talk with our business team about getting funding for your new business idea or build up your emergency fund by putting money in a traditional savings account.

Affiliate Site Disclaimer: Our website privacy and security policies only provide protection via the domains owned and operated by the credit union: firstalliancecu.com and resources.firstalliancecu.com. By accessing any linked website not hosted on the listed domains you will be leaving our website and entering an affiliate site which is hosted and controlled by another party. Please be advised that you will no longer be subject to, or under the protection of, the privacy and security policies of our website. We encourage you to read and evaluate the privacy and security policies of the website which you are entering, which may be different than those of ours. Inclusion of any linked website on our site does not simply approval or endorsement of the linked website by us. This remains true even where the linked site appears within the parameters or window/frame of our site. We are not responsible for practices employed by websites linked to or from our website, nor the information, content, accuracy, or opinions expressed in such websites, and such websites are not investigated, monitored or checked for accuracy or completeness by us, nor do we maintain any editorial or other control over third-party websites. Your browsing and interaction on any other website, including websites which have a link to our site, is subject to that website&#39;s own rules and policies. If you decide to leave our website and access any third-party websites, you do so solely at your own risk.