So what exactly is an escrow account and how does it work? Where does the name come from and does it in fact have anything to do with crows, as the name suggests?

So What is It?

An escrow account is basically a bank account where a buyer and seller can deposit money before their transaction is completed. Usually, this is done because there are certain conditions that have to be met before the money changes hands. An independent third party typically owns the escrow account. The third party can be a financial institution, such as a bank or credit union, but it can also be an independent company, or even a service a title company offers to make the home buying process easier.

Why do we Need Escrow Accounts?

A lot of transactions are so simple you usually don’t think about too much about them, like buying a $6 t-shirt at Target. However, transactions are actually more complex—and more interesting—than you might think.

Every transaction is basically an agreement between two people to fulfill certain terms. If you’re buying a t-shirt, for instance, you’re agreeing to pay a certain amount at a certain time, like giving $6 to a cashier at the checkout line. The buyer, in turn, has to actually have the item or service they’re selling, which in this case is the t-shirt. 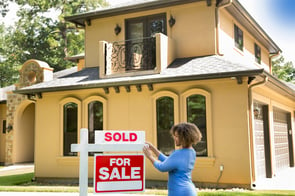 However, some transactions are more complex than others, especially buying property. If you’re buying a home, you probably want to inspect the house to make sure you won’t have to do a ton of repairs after buying it. If you’re the seller, on the other hand, you might want to make sure you’ll actually get the hundreds of thousands of dollars your well-maintained home is worth, or at least have the option to move on if the seller keeps delaying the transaction.

For instance, if you’re buying a home and the seller has accepted your offer, you’ll need to make an initial deposit, which may go to the seller if the deal falls through. This deposit will go into an escrow account, where neither you nor the seller will be able to withdraw it until the terms of the transaction are met. This usually means that the sale has been completed, but it could also mean that you decided not to buy the house or that the buyer didn’t make a repair they said they’d make before you completed the deal.

It’s worth pointing out that escrow isn’t just used for buying property. It can also be used for services, stocks and even online sales.

Get preapproved for a mortgage today!

Why on Earth is it Called an Escrow Account?

This is all well and good, but where does the phrase “escrow” come from? By all rights the term should really be the name of a trendy scarecrow app for farmers. 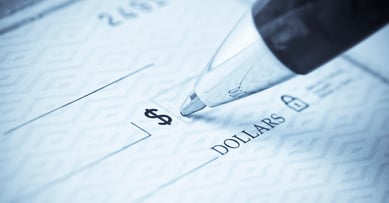 You probably won’t be surprised to learn that the word “escrow” comes to us from an old French word, “escroue,” which translates to “scroll” or “scrap of parchment.” In the case of real estate, this particular scroll or scrap of parchment was the deed that a third party would hold onto until the transaction was finally complete. As time has marched on, though, the way we buy and sell real estate has shifted, so escroue has become escrow, and instead of the third party holding on to the deed itself, they now hold onto the money, which is still pretty useful.

We also call it “escrow” because it’s simpler than saying “third-party-account-where-both-sides-place-money-until-the-conditions of-a-transaction-has-been-met."

Escrow is one of those financial concepts that seems tricky, but it’s actually pretty simple. It’s a third-party account where both sides place money until the conditions of a transaction has been met.

If you’d like to get more experience with escrow, get a mortgage through First Alliance Credit Union. In addition to getting the personal service and low rates that First Alliance provides, you’ll also get the chance to make an initial deposit into an escrow account and see how it works first-hand.